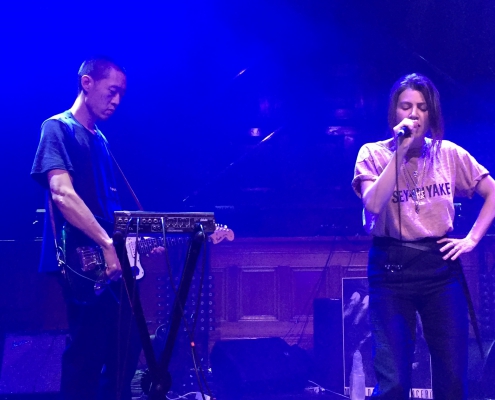 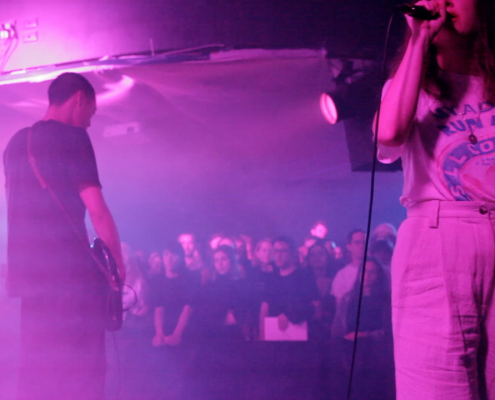 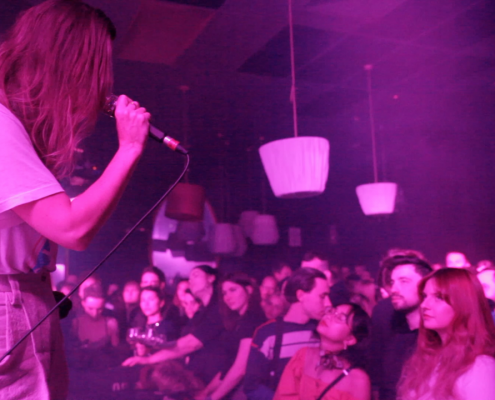 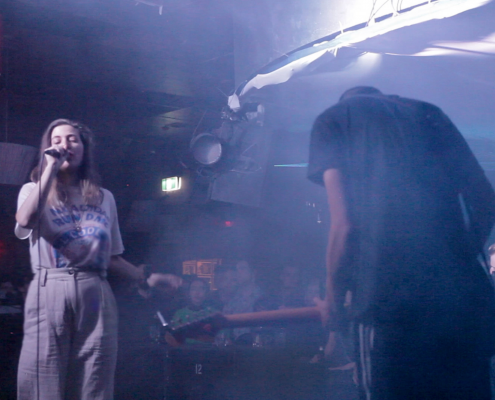 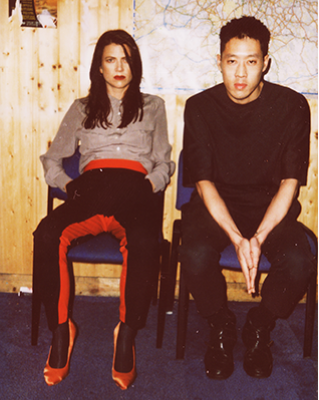 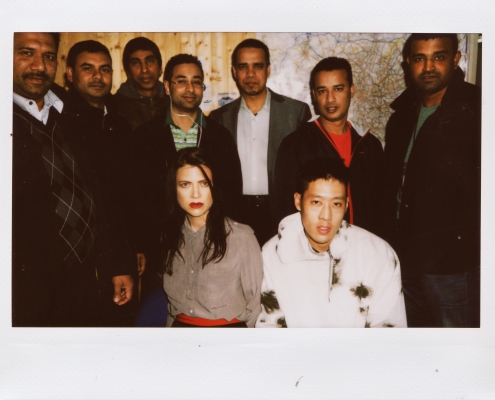 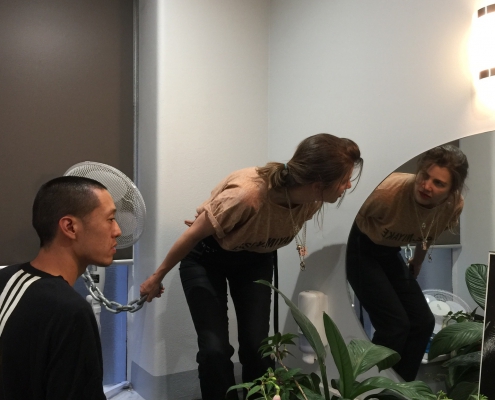 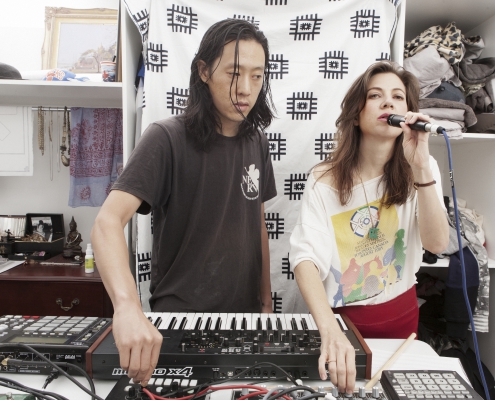 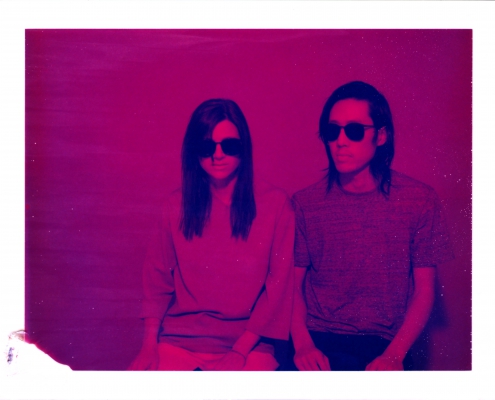 HTRK’s music is not a quick-fix for restless, impatient minds; it needs to be absorbed, contemplated and revisited. Listen to one of their records and you’ll find yourself slipping deep into their sound world, where the cavernous reverberations of dub techno are mixed with frosted post-punk motifs and the gravelly imperfections of industrial, reimagined in the setting of a dingy basement.

Their music is layered with enough subtle cultural reference points to attract critical dissection, raw enough to appeal to beer-swilling live crowds, and visceral enough to make sense throbbing out of a club sound system. Throw together the core influences of HTRK and you’ll find David Lynch’s unsettling surrealism next to Bill Henson’s industrial landscapes, with Mika Vainio’s minimal compositions alongside the malfunctioning synth-pop of Suicide.

Formed in 2003 as the duo of Nigel Yang and Sean Stewart in Melbourne’s inner north, the band soon welcomed vocalist Jonnine Standish into the fold, before self-releasing their debut EP, Nostalgia, in 2005 (re-released by Fire Records in 2007). From the off their sound was raw and visceral, with distorted guitar pedals caking Standish’s vocals in sonic grit.

The band followed up Nostalgia with 2009’s Marry Me Tonight, an LP co-produced by Rowland S. Howard, founding member of The Birthday Party and a towering figure in the Australian music scene. Marry Me Tonight was in many respects a neo-pop opus, with the bands homespun sound now developed into something more spacious and immersive; tracks like Disco, which sounded like a club anthem anesthetized and played at 33rpm, and the narcotic, shamanistic rhythms of HA cemented the band as a formidable outfit. In 2009 Howard died of liver cancer, but not before he had left a deep and lasting impression on the band, as both a mentor and a friend.

It was around this time Sean met Mika Vainio: Stewart, along with Yang and Standish, greatly admired the revered Finnish producer, and the rugged electronics dabbled with on Marry Me Tonight seeped further into the bands sound as they continued to experiment with synthesizers and drum machines. Recording sessions at Netil House in London Fields led to the third HTRK album, Work (work, work), released in 2011. The band’s world was turned upside down when Stewart committed suicide halfway through the album’s recording. Standish and Yang finished the album as a duo, locking themselves away from the world and finding the ultimate catharsis in the studio. Intense and leaden with texture, Work (work, work) is a sonic monument to Sean that explores the body’s reaction to personal loss, using humour and sex drive as lyrical themes, with pools of murky noise suffocating the guitar and bass, creating an overwhelming atmosphere that is at once malevolent yet seductive.

Standish and Yang decamped to the Blazer Sound Studios in New Mexico to work on their next record Psychic 9-5 Club with Excepter’s Nathan Corbin called on to produce. Material dipped headlong into some of the things that make humans tick: love, loss, and desire. Released in April 2014, the collection presented a more tender and polished version of HTRK, the flesh stripped from their sound, the focus placed on naked arrangements and minimalist sound design.

HTRK re-emerged in 2018 with a set of singles exploring themes of power, mind games and intimacy in the social media age. While not revealed at the time, these were the first suggestions of Venus in Leo, the fourth full-length and a spirited new chapter for the band. Recorded more or less live in their home studio in the Dandenong Ranges outside of Melbourne, the album features much-loved HTRK hallmarks — the combination of space and intimacy, the unmistakable interplay between Yang’s guitars and Standish’s vocals — while differing markedly in its energy, returning to the duo’s underground rock past with the stylistic playfulness and variety of a modern mixtape. It sees release on Ghostly International in late August 2019. Berlin-based musician Midori Hirano weaves gossamer pianos with classical, ambient and electronics in her ethereal debut Mirrors In Mirrors. Written, produced, recorded and mixed entirely by Hirano, across its 7-tracks she employs piano alongside synthesisers and effects with a deft touch. A delicately nuanced, multi-layered, sonic prism to reflect inside of. – GH