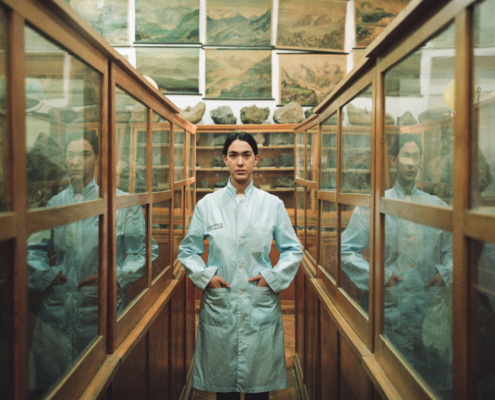 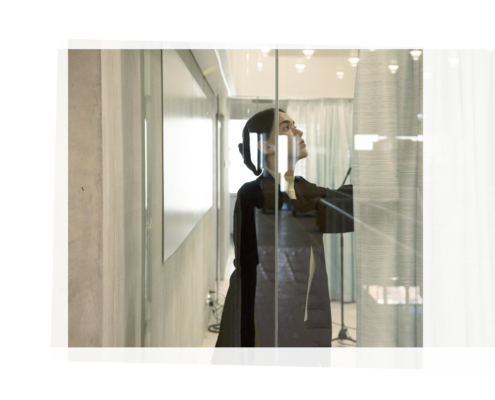 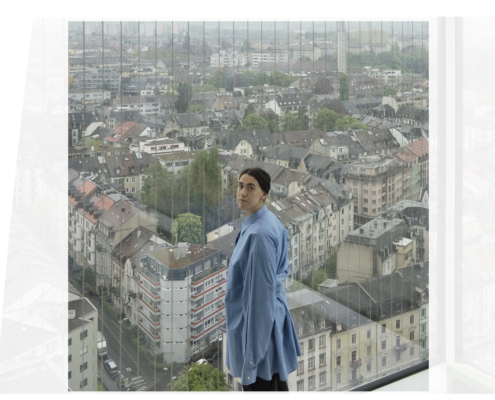 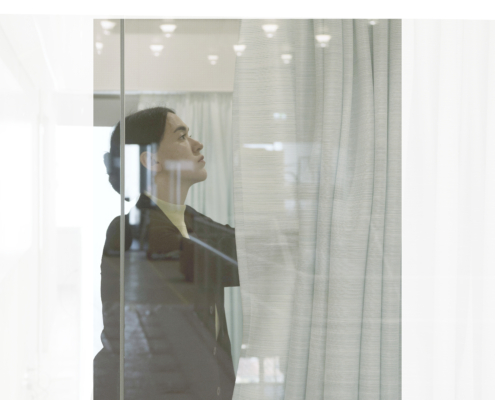 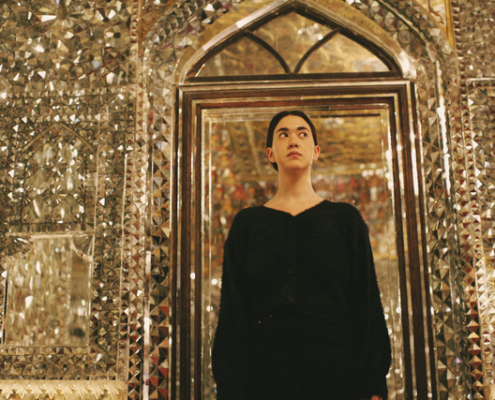 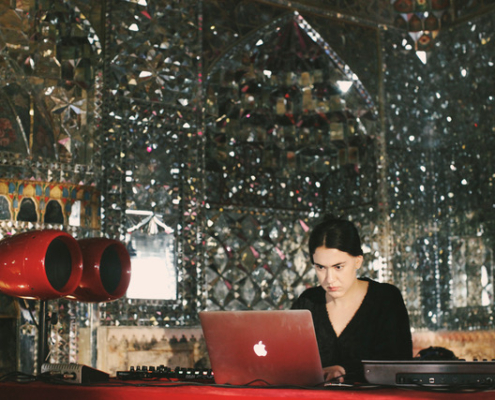 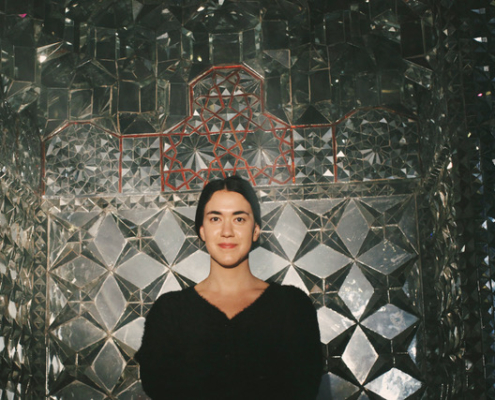 Born in 1997, the young Georgian Anushka Chkheidze is one of the most promising talents far beyond the country’s borders; one of her important mentors is the Berlin musician Robert Lippok, with whom she has already collaborated several times.
Growing up in the small village of Kharagauli, she began singing in the choir at the age of 11. She herself describes the time spent there as magical and believes that her music is strongly influenced by those childhood years.
Anushka Chheidze first released tracks on the compilation “Sleepers Poets Scientists” curated by Natalie Beridze in January 2019, followed by her debut album “Halfie” in April 2020.

Her second album “Move 20-21” was created during the pandemic and thematizes the absence of physical movement and interaction with other people, released in February 2021.
After a residency in Berlin as part of Goethe Nachwuchs, in collaboration with Popkultur Festival 2022, she began a two-year Master of Music Design program at HKU in Utrecht/NL.
Anushka Chkheidze continues to be involved with choirs, which led to a commission from the Swiss-Georgian festival Close Encounters for the highly regarded Gori Women’s Choir in Georgia, where Anushka’s composition was premiered in April 2022.
Recently, she was invited to a newly renovated research center in Basel/Switzerland, where she made field recordings as well as piano and choir recordings leading to her upcoming album “Clean, Clear and White”, which will be released in the next few months.

“With the release of her second album Move 20-21, the Georgian experimental producer shows her truest self by enlisting the help of her creative peers to make a stunning visual album.”

“A portrait of Tbilisi coming to life, captured in one joyful music video.

“Lingotto”, the latest track from Georgian talent Anushka Chkheidze, takes its name from a district in Turin. Its video, however, directed by Anna Sarukhanova, is a sincere love letter to the bustling beat of Tbilisi, the comfort of human interactions (however big or small), and the reassuring busyness of city life before lockdown.”

WITHOUT FURTHER ADO, HERE IS OUR STAFF PICKS TOP 25 LIST OF ALBUMS IN 2020. ALL VOTES WERE COUNTED AND PROCESSED MANUALLY, NO VOTER FRAUD POSSIBLE.

“Nine of Georgia’s young talents in science and arts have been unveiled at this year’s Tsinandali Award ceremony.”

“…And right after Nadine you will meet the Georgian composer and producer Anushka Chkheidze, whose experimental electronic music is of high accessibility, due to the engaging combination of striking beat patterns, spherical pads and lots of crystal-pop melodies.
Anushka participated together with nine other musicians from all over the world in this years Goethe Talent program at Pop-Kultur festival.
Enjoy our conversations.”

“(Her album) “Halfie” is reminiscent of early Warp releases by Seefeel or even Aphex Twin, experimental electronic music of high accessibility, which is due to the engaging combination of striking beat patterns, spherical pads and lots of crystal-pop melodies. For Chkheidze, by the way, “Halfie” is “more than an album,” as she puts it in the liner notes, namely “a precious and fragile persona about to lose its identity.” An avant-garde persona that has a lot in common with its creator in terms of the degree of reflection.”