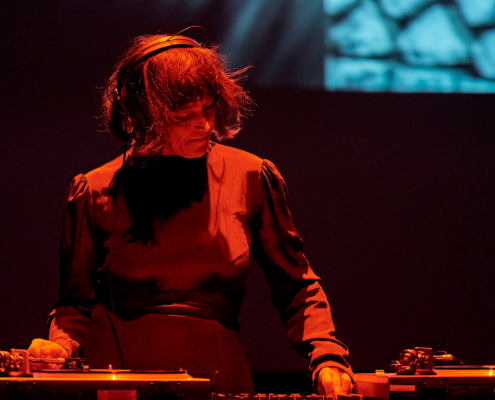 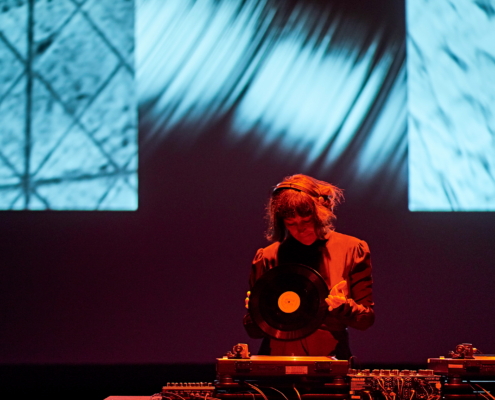 Paula Schopf (aka Chica Paula, b. Santiago de Chile) is a musician, sound artist and cultural provocateur who has been an empowering and outspoken voice in Berlin’s thriving creative community for the last 20 years.

Paula Schopf established permanent residence in the city in 1991 and, under the name Chica Paula, became a fixture in the city’s nascent club scene. Upon invitation from the German artist Gudrun Gut, she joined the Berlin artist collective ‘Ocean Club’, a community of musicians, DJs and visual artists, which later hosted a revered radio broadcast under the same name, and electronic music events which would go down in history as some of the most diverse and eclectic the city has ever produced.

Together with the musician Max Loderbauer, Schopf recorded her first album “42 Mädchen” in 2003 on Gudrun Gut’s Berlin based ‘Monika Enterprise’ label under the artist name ‘Chica and the Folder’. Their second collaboration, “Under the Balcony” followed in 2007. In the years since she as also produced various remixes for a diverse range of artists including Donna Regina, Contriva and Hauschka, primarily for the much lauded Karaoke Kalk label.

Since her first music productions, Paula Schopf has worked with electronic sounds, utilizing soundscapes and field recordings as aesthetic and compositional source material.  In recent years her practice has centered increasingly around sound research. The detailed examination of sound in urban spaces and its inherent social, historical and political realities has become her main interest.

In 2017 She obtaines her MA in Sound Studies at the Berlin University of the Arts in Germany. 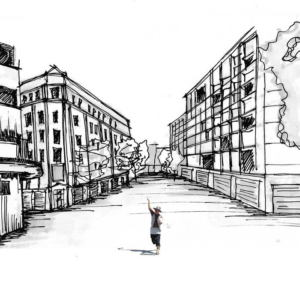 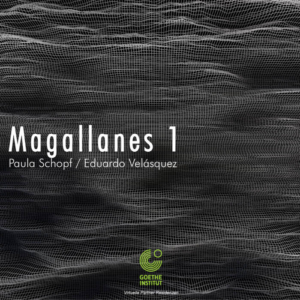 Donna Regina, How Beautiful
–
Version By Chica And The FoldeR
Karaoke Kalk 2015 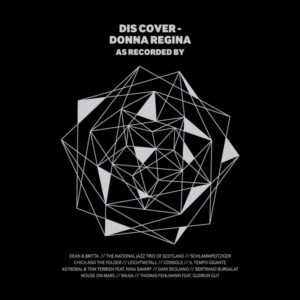 “More than the recording itself, I can talk about the sound experience in the streets of downtown Santiago – mainly Paseo Ahumada. What caught my attention the most was the real fact that through sound, you can perfectly read the social and historical changes that the city was experiencing at that time, through the vendors, the absence of some sounds that were familiar to me in memory, and the presence of new sounds unknown to me, since I do not live in Chile. (…)”

“I spent many weekends dancing at the E-Werk. We felt the bass pierce our bodies. But I wanted to experience even more and literally got inside the very big speaker which was some kind of a bass horn. My whole body was transformed into a sound box. How crazy!”