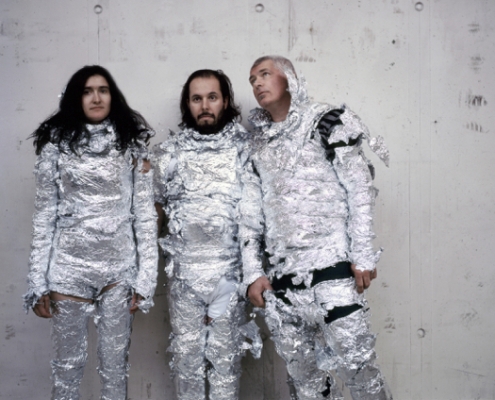 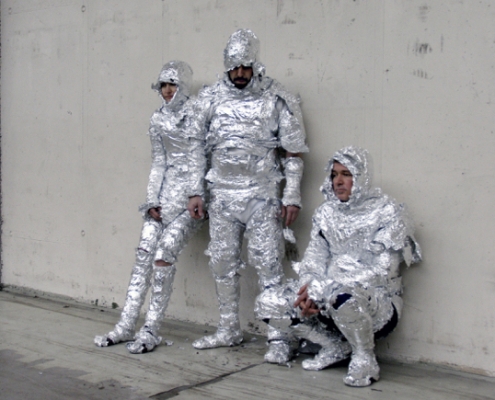 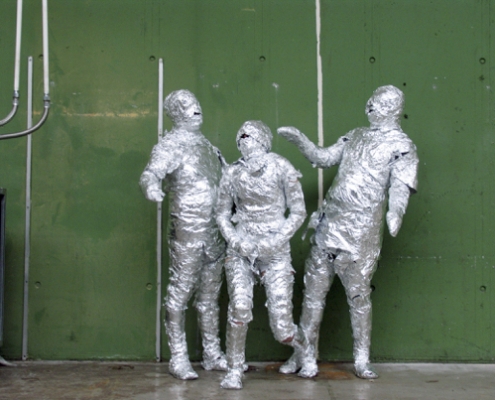 The Kammerflimmer Kollektief plays music, which should not be written down, for it would scorch the paper. The project, whose music meanders between precision and freedom, has been founded in 1996 by Thomas Weber. Up to now, the Kollektief has released nine albums in all sorts of line ups. Live performances all over the world are realized as a trio with Heike Aumüller and Johannes Frisch.

The Kammerflimmer Kollektief is emotive and impassioned. It is also as lucid and precise as those moods which Robert Musil (who is above suspicion of a being a romanticist) called “daylight mysticism”. The lyrics and the music want to be heard, they want to be explored, even suffered. Sound builds songs which are made of sounds, and yet they’re no longer songs.

The Kammerflimmer Kollektief plays music, which should not be written down, for it would scorch the paper. The project, whose music meanders between precision and freedom, has been founded in 1996 by Thomas Weber. Up to now, the Kollektief has released nine albums. Live performances all over the world are realized as a trio with Heike Aumüller and Johannes Frisch. Bang that head that doesn’t bang!
The art of the Kammerflimmer Kollektief is deception. It is a persuasive and seductive art, resulting in incorrect assessments and doubtful perceptions. It is an art of disorientation and misdirection.

The Kollektief guides you through an unfathomable Terra Incognita, where a listening space emerges at the intersection of improvisation and composition, a space where certitude slips out of reach, jouncing incessantly between precision and freedom, oscillating furiously between cut-up and palimpsest – and, just when you think you may have pinned it down, disappears altogether.

Clear articulated comprehensibility is definitively not one of the aims of the Kollektief’s sign systems. Rather, it masters the ancient art of secret-keeping, and it does it in times in which everyone reveals all of their intimacies without asking the rest of humanity whether or not we’d like to know them. The Kollektief clips musical and cultural fragments out of their cultural frameworks and pieces them enigmatically together. They have worked on this amalgam of Psychedelica, Free Form, Dub, Improv, and ritual activities for a long time. These elements are gradually connected and placed in an opaque, vertical system, about as (non-) coherent as the constitutional laws of an alchemistic proto-science can be. The Kollektief takes only what is of use. And what is of use has usually a mythical crux.

One thing is clear when it comes to the Kammerflimmer Kollektief. Regardless of any interpretive traps snapping shut, or the conceptual penetration of apparently pre-conceptual musical factuality: here is something which cannot be voiced: avant-garde, improvisation, psychedelia, whichever labels are stuck on the Karlsruhe collective, they all feel patently unsatisfactory. Like all music, their music can neither be narrowed down to concepts nor fixed semantically. It cannot be organised as language, with a sound or image corresponding to specific points observed by sender and recipient alike, yet it is no more pre-conceptual in the sense of: first come the conditions of music, then one learns to discuss them. The Karlsruhe artists practise other-conceptuality. This is cata-language. Music from who the fuck knows where.